By the end of 2017, Google had expanded to around 30 markets in what I refer to as the core Local Services ads categories (plumbers, electricians, HVAC contractors, garage door companies, and locksmiths).

It has been mostly quiet the past few months but John Simonson at Webstream Dynamics spotted Local Services ads for carpet cleaning in early April. It looks like they are currently showing in at least these markets: Atlanta, Dallas, Philadelphia & San Diego. I also noticed Local Services ads appearing for house cleaning and maid service keywords in Atlanta, Dallas and Philadelphia.

Along with these recent additions, there are new many markets that will likely be launching soon. Some Google Partners have let some of the future LSA cities out of the bag and I’ve seen some signs that Google began on-boarding businesses in numerous other markets starting a couple months ago. The list of new cities is big enough that it’s probably safe to say it’s going to be every decent sized market in the US in the next few months. And that’s not all…

Some public signs that Local Services ads are expanding beyond that:

Wording on the Local Services ads homepage went from this: 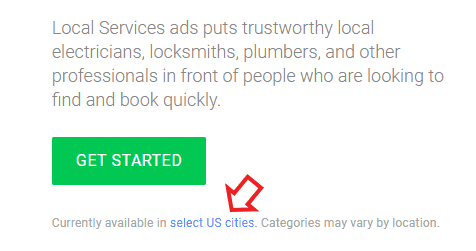 The link still takes you to an outdated list that shows just a few US markets. But the Local Service support page has been updated to this: 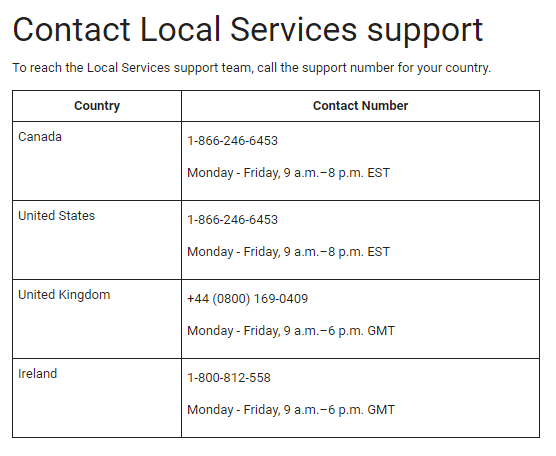 In addition to possible expansion into Canada, UK, and Ireland, there are hints that other verticals are either on-boarding or being considered for Google Local Services ads in the self sign-up form:

Over the next few months I think the most expansion will involve new cities for the core verticals, particularly HVAC contractors, plumbers and electricians. It does appear, however, that Google is pushing forward with expansion into more verticals, not just more markets, in 2018.